High School sports streaming media company PlayOn! Sports has announced a $25 million Series B fundraising round. Investment was led by VC firm BIP Capital with participation from Jeff Vinik, Teall Capital, and Crossover. Vinik is majority owner of the Tampa Bay Lightning and owns a minority stake in the Boston Red Sox.

In 2013, PlayOn! teamed with the National Federation of State High School Associations to create the NFHS Network, a leader in broadcasting live and on-demand high school sports. Since 2017, PlayOn! has partnered with automated sports streaming solution Pixellot, using its robotic cameras to film high school events and produce automated highlights.

PlayOn! will use the new funding to expand its usage of Pixellot devices for capturing high school sports events. Earlier this year, the two companies agreed to seven-year extension that will see Pixellot provide 20,000 more devices. There are currently more than 4,000 Pixellot units installed at high school venues across the U.S., while more than 150,000 games livestream per year on the NFHS Network are powered by Pixellot’s AI production system.

“This new capital will enable us to grow even faster by doubling the number of schools using automated production within the next 12 months,” PlayOn! CEO and founder said David Rudolph said in a press release, adding that the company’s goal is “to ultimately livestream every high school sports event.”

An annual subscription to the NFHS Network costs $69.99 per year while a monthly pass costs $10.99. The network streams 27 different types of sports; PlayOn! says that subscription revenue grew by more than 100% from 2018 to 2019. 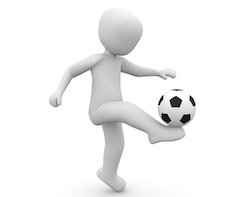